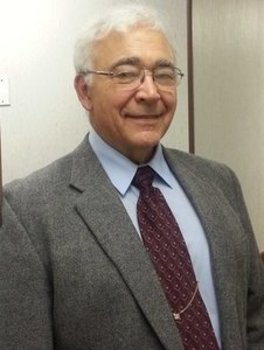 Our mission at Van Wyk Chiropractic Center is simply to serve you. We provide excellent chiropractic care to help our patients reach and exceed their health goals. We assess the patient as a whole. We want to address the main concern, but also lead you into a lifestyle of being pain free. We do all of this by offering an evidence-based approach to chiropractic care by utilizing chiropractic manipulation, soft-tissue techniques, therapeutic rehabilitation, and a variety of chiropractic services to help achieve your health goals.

Meet the Doctor and Staff

Dr. Kenneth Van Wyk is a Chiropractic Physician and also a Diplomate in Acupuncture with over 50 years of experience in alternative health care.

He is a graduate of Logan Basic College of Chiropractic and has completed extensive postgraduate training in acupuncture and personal injury cases.  Dr. Van Wyk has been serving the Pella area for over 50 years.

Dr. Van Wyk is nationally board certified in acupuncture by the National Certification Commission for Acupuncture and Oriental Medicine.

"I first became interested in chiropractic because my father had a significant problem with his health when I was eight years of age.  He had trouble with a "fast heart" and stomach trouble for which he doctored with different medical doctors, including going to Iowa City for examination and treatment.  This did not help him and he became interested in chiropractic.  He took chiropractic adjustments and he did indeed regain his health.  Shortly thereafter my uncle started Chiropractic College following a back injury and graduated from Logan Basic College of Chiropractic in the 1950's.  This is about the time that I developed rheumatic fever, in which my ankles and knees became very swollen and I was unable to walk.  At that time antibiotics did not help me so I went to Rhinebeck, Iowa and stayed with my uncle and received chiropractic treatments everyday for about a month.  I completely recovered from the rheumatic fever through chiropractic treatments and good nutrition.  At that time I decided that I wanted to go into the chiropractic profession and be a chiropractor like my uncle.  I have a strong belief in the chiropractic principle and know that the principle always works, even though sometimes the methods do not work, but chiropractic care for the spine and nervous system is one of the pillars of good health."

Melissa has been with the Van Wyk Chiropractic Center for several years. She and her husband reside in Knoxville, IA with their daughter.

Amy has been with the Van Wyk Chiropractic Center for several years. She works part-time working with insurance and billing. She resides in Knoxville with her son.

Debbie has been with the Van Wyk Chiropractic Center for several years. She resides in Monroe, IA with her husband.

Contact Van Wyk Chiropractic Center to request an appointment or to request additional information about our services. We look forward to hearing from you.